Screening & Discussion of "THE PUBLIC" 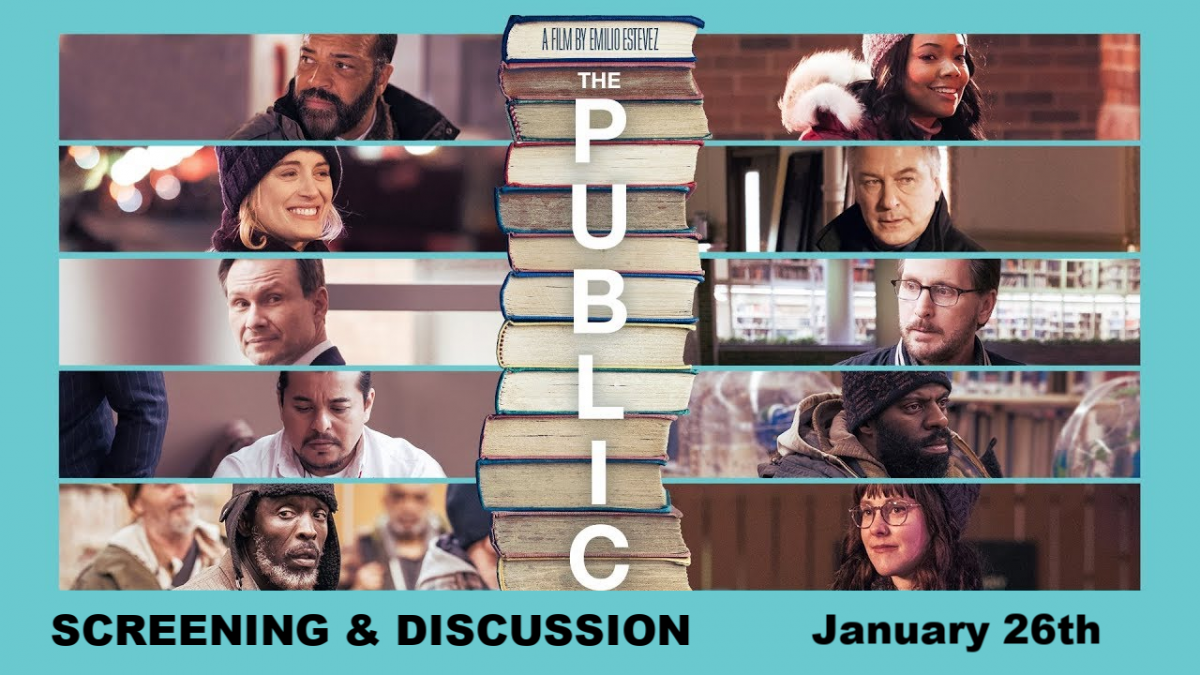 What do public libraries have to do with social issues like homelessness, mental illness, and the opioid crisis?

The story features a well-meaning librarian who gets caught in the middle of a movement led by a homeless man who stages a protest at the library with a group of other homeless men and women who encamp at the library, refusing to leave after its closing time. The escalating situation draws the attention of a large swath of the community, including a crusading and opportunistic district attorney. After the film, we'll explore these questions in a session led by Pam Steager of the Media Education Lab.

Download the Media Education Lab Study Guide for the Film

Click here to join the discussion from the comfort of your home. Use Flipgrid to make a comment on the film.

The film was inspired by an essay written by Salt Lake City librarian Chip Ward in 2007. Entitled Written Off, the essay explored how the rise of homeless people in the library changed the role of librarians to become ipso facto social workers. Learn more about how the American Library Association (ALA) supports librarians whose patrons include the homeless.